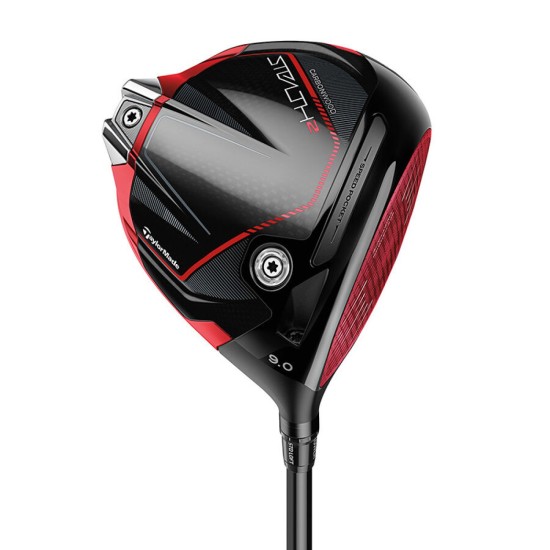 Sorry this item is only available to purchase in-store

With Stealth™, we pushed past the limits of titanium and welcomed golfers around the world to the Carbonwood™ Age. So, how far are we willing to take it? Way past far and into FARGIVENESS. Introducing the all-new Stealth 2, combining the elements of speed and forgiveness to unlock FARGIVENESS.

It was already fast. Now, we’ve made it even more forgiving. Building on the speed producing success of the original 60X Carbon Twist Face™, the new design features an enhanced version of Inverted Cone Technology to help maintain ball speed on off-center strikes and increase forgiveness

MORE CARBON THAN EVER BEFORE

Compared to the original Carbonwood, Stealth 2 features nearly twice the amount of carbon. It is constructed using a new Carbon Reinforced Composite Ring and collectively utilizes more of the lightweight material than any driver in TaylorMade history. Our advanced application of carbon allows for the redistribution of mass for more forgiveness and stability.

Our team of engineers obsessed over creating the perfect sound with Stealth 2, even factoring carbon sole thickness into the equation. In addition, we used a combination of curvature, shape, and internal stiffening ribs to finely tune acoustics, delivering a sound profile that is both bright and powerful.

The reconstructed Stealth 2 Driver delivers higher MOI than Stealth with a heavy 25g tungsten weight positioned on the Inertia Generator for added forgiveness. The TPS Front Weight is strategically located on the sole to encourage optimal launch and spin properties, delivering complete performance and max forgiveness.